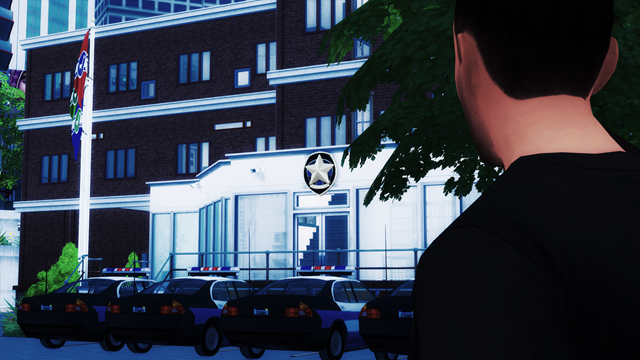 Eli wiped his sweaty palms on his jeans. He stood across the way of the police station. Not wanting to get near it, he waited until he saw a more familiar car. He really didn’t want to even be where he was. So many cops.

Sam’s vehicle pulled up. This was it. He crossed the street, and jogged a bit as she climbed out of her car. “Sam,” he called. 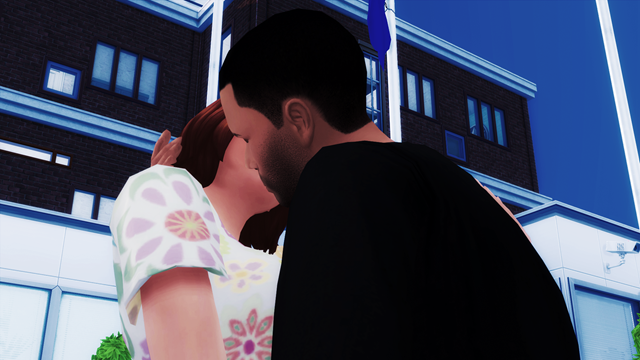 She grinned up at him, and when he closed their distances he pulled her in for a kiss. He could not get enough of her.“You ready?” she asked hovering right over his lips. 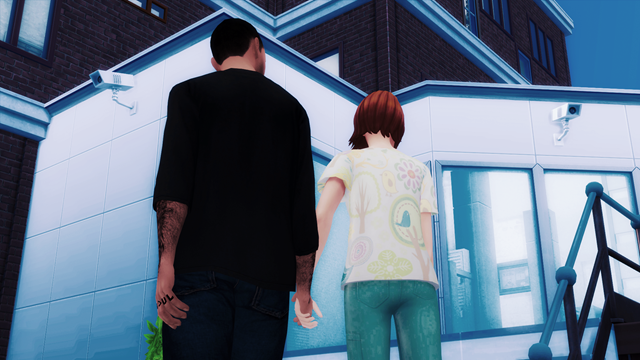 Sam took Eli’s hand and pulled. This was it. He was about to confront Captain Grant Williams…again. This time had to be different. Sam tugged him more, and he relented. This time better be different.

Sam didn’t even ask for her father when they entered the building, she just pulled him through the police station and into the department he was Captain of. Eli kept his eyes on Sam, but could feel all eyes were on them. He was pretty sure that some of them knew exactly who he was. It wasn’t like he was a stranger to this part of the station.

Sam knocked on the Captain’s door, and they heard him call out to enter.

Sam opened the door, and Eli took one long deep breath before he followed her inside. 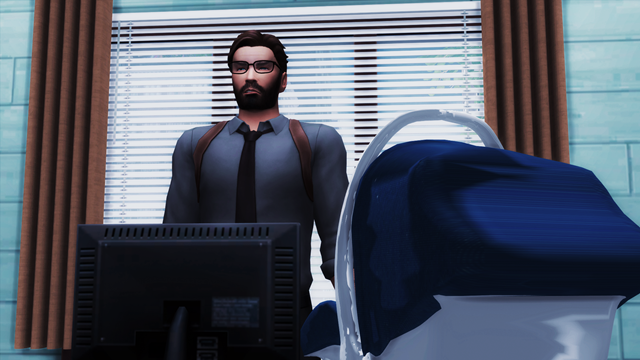 Immediately Captain Williams was on his feet. His chair banging the wall behind him. “What the hell is this? Are you out of your fucking mind, Samantha! I told you—” 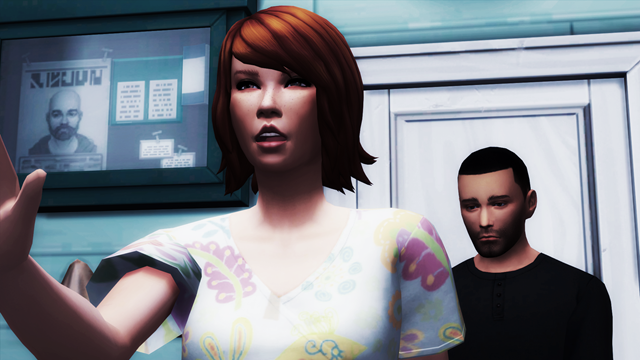 “Dad,” Sam said with a hand up so that he wouldn’t attack Eli, or at least Eli hoped that’s what she was doing. The man was turning red with rage. Eli didn’t think that hand would placate him any. “It is time you come to terms with the fact that I am in love with Eli.”

“Excuse me?” Eli took a step back away from the two, his eyes slowly moving to his baby. He had to get through this, if anything, for Derek. Another step back. He made sure he was in close distance to the door, just in case.

“He’s Derek’s father. He has the right to know his son. And… I’m going to marry him, because…because I love him.” 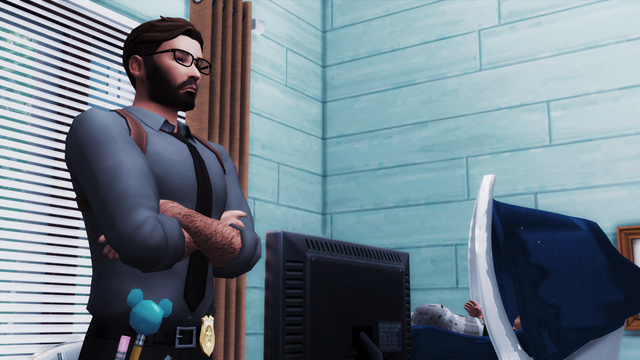 Eli eyed the Captain and wondered if he was carrying or if his police standard issue was in his desk. He didn’t see the guy packing, so he released another breath. His hand reached for the doorknob. He took a deep breath, when Sam ushered him to say something.

Captain Williams appeared ready to kill both of them. Eli wanted to run now, but Sam grabbed his hand and stilled him there in the office. “Sam, I do not approve of this. And there is no way in hell that I’m letting you marry this…this…this criminal!” The shouting was getting louder and louder. Derek made a cry, and Eli winced. He didn’t want Derek to hear this even if he couldn’t understand them. Again, this was for his family.

“Ex-criminal,” Eli corrected, stepping in front of Sam. “I did my time, Sir.” 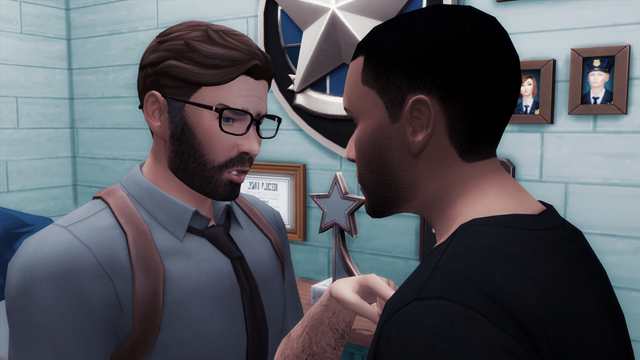 Captain Williams came around from the desk and got into Eli’s face. “Oh you think you did your time? Think again. You’re out on parole, Ryder. One call, that’s all it’ll take.”

Eli swallowed hard. Shit, but the Captain had more leverage on him than he wanted to admit. 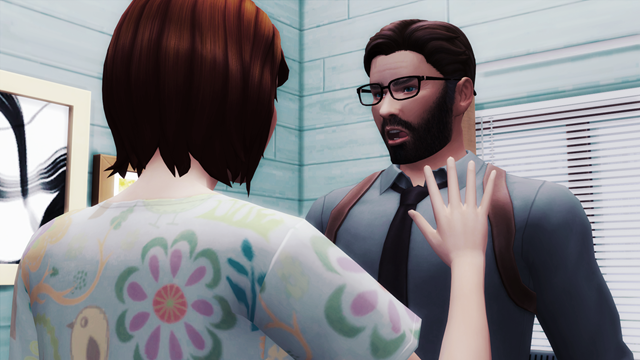 Sam wasn’t having it though. She pushed her father away and Eli was thankful that she was finally standing up for them. “Leave him alone, Dad. Now, you have two choices, you can either support us and our love and our family, and be a part of our family like I want you to, or you can continue to threaten my fiancé and end any relationship we have and the one you have with Derek.” 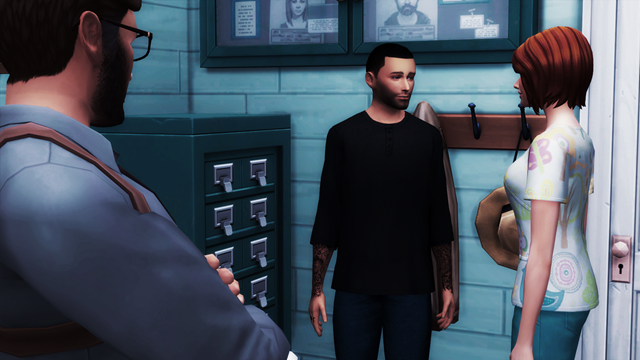 Eli pulled her away to cut her off from doing something she would someday regret. He wasn’t going to allow her to destroy her family like that.  “Stop, Sam. Please. Baby, this is your dad. He doesn’t have to support our decision, not fully. He just has to promise not to kill me whenever he visits.” Eli met Captain Williams’ eyes. “And I’ll promise him to never hurt you, Sam.”

“Or fuck up,” he growled out. “So, help me, Ryder…you even get a parking ticket…

Eli agreed. “I’m not going to risk my freedom. You can count on it.” 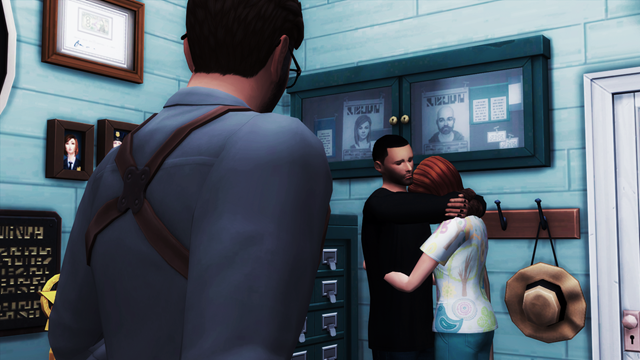 Sam was crying and wrapped her arms around Eli. He pulled her close in his chest and held her while maintaining eye contact with Williams. “Sir, you have my word that I’m a changed man. I’m not that kid you knew back in the day. I promise.”

She poked her head out from Eli’s arms and chest. “Yeah, Daddy?” 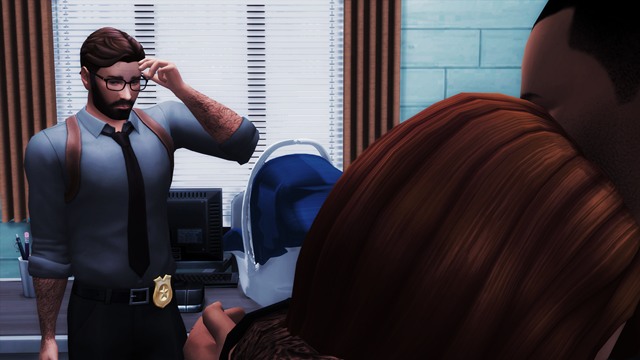 “If you do this,” Captain Williams rubbed his temple. Eli could see his resolve slipping. Please, give her this, he willed. “You do this right. My baby-girl isn’t about to get hitched at some city hall. You always dreamed of a big wedding, and I still have that wedding fund saved up for you. If Ryder’s the man you want to marry, then I better start accepting you’re a grown woman who can make her own choices.”

Eli grinned. Okay, he wasn’t expecting that. Sam brushed her tears away. “Really, Daddy? You’ll w-walk me down the-the isle?”

“I will, even if I’m not happy about this arrangement.” 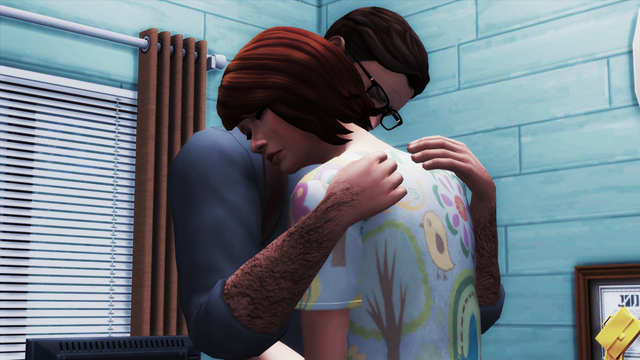 Sam pulled out of Eli’s arms and hugged her father. “I d-don’t care, just as long as you are-are there.”

Eli and the Captain chuckled.

Sam pulled back, and rubbed her eyes of more tears. “Now, would you call off your officers. Eli didn’t rob Marv’s.”

“What are you talking about?” Grant asked. 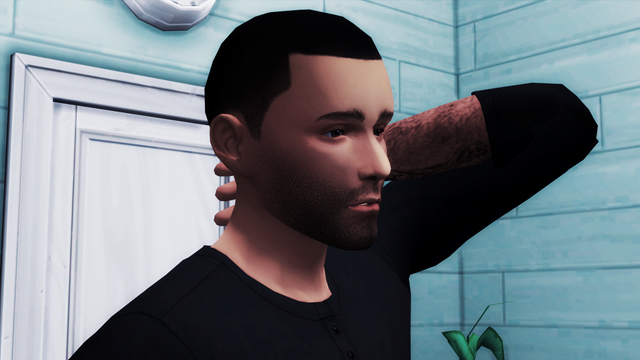 Eli stepped up, and rubbed the back of his neck. “Uh, yeah, about that…Marv’s Auto was broken into last night, and a detective threatened me to turn myself in or he would tell you that I was with Sam last night.” 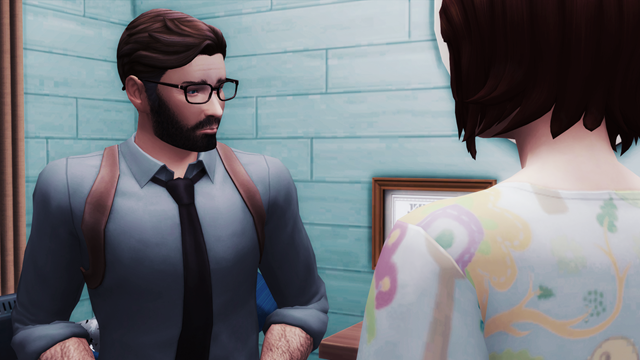 Grant leaned back on his desk and shook his head. He peered up at Eli with a scowl. “I take it you had nothing to do with the robbery, Ryder?”

Eli shook his head, “No, Sir. I gave up my alibi. Then I was threatened to admit to a crime I didn’t do.”

Captain Williams nodded. “I’ll look into that threat, Mr. Ryder. And on the behalf of San Myshuno Police Department, I apologize for my detective’s behavior toward you.”

Captain Williams held out his hand, and Eli took it. “Thanks, I guess. I’m used to being question and looked down on, given my past and everything.”

“Questioning and threatening are two different things. But don’t worry, we’ll find who robbed Marv’s and bring some justice.”

Despite being taken serious for once about a break-in and robbery, Eli was sure that no matter what, his relationship with Captain Williams was going to be strained at best. They were two sides of law, and Eli knew it. He would never earn the respect of Captain Williams, but that didn’t matter. What mattered was that he and Sam were getting married. Eli was going to be a real father to Derek. And what more could Eli want?