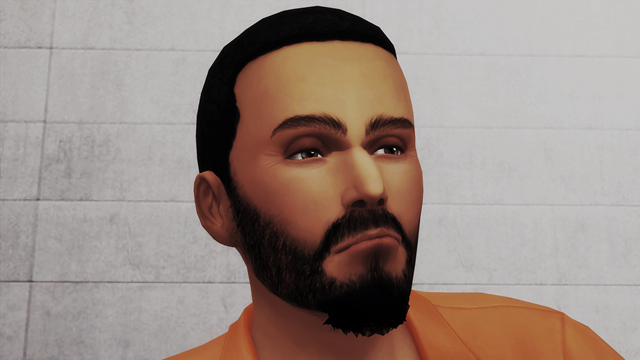 Anthony’s grimace toward Eli that morning during chow made Eli do a double take. Normally Anthony had a permanent scowl on his face anyway, but this was much more. He was practically shooting lasers with his eyes at Eli. Something was up.

“Someone’s pissed off at you,” Kellogg said, motioning his head over to Anthony.

Nance slammed his tray down. “That asshole.”

Kellogg’s entire body straightened to full height. “Who and where?”

“He tried cornering me heading out of the kitchen. Thank fuck Mao was there, and put a stop to it.” Nance stopped Kellogg from standing. “Mao handled it, Daddy.”

“Doesn’t mean he finished it,” Kellogg growled, but stayed seated. It said a lot about their relationship that Kellogg remained seated, and how much they changed since Eli first met them when he was a little shit that knew nothing about life. 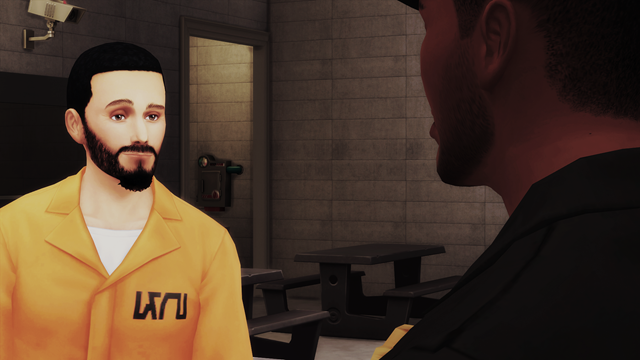 After they finished breakfast chow, Eli went to leave, only to spot Anthony with the same glare he’d been giving Eli all morning. Fuck, but it reminded him of Mom’s most deadly of glares. Eli grinned and went to him. “Ya know, if you glare any more fiercer, you’d be Mom.”

“Fuck off, inmate,” Anthony ordered. “Get to your work station.”

Eli put his hands up in surrender. “Alright, alright. Just trying to loosen the tension. Clearly you’re pissed about something.”

Anthony’s eyes narrowed even more, and he motioned to the door. “Out.”

“Yikes, whatever I did to piss you off—” 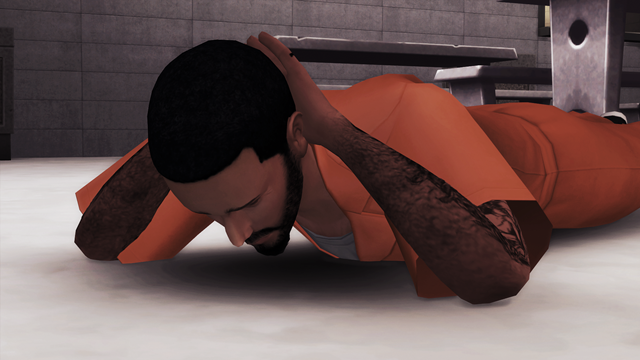 The alarm sounded, and Eli immediately dropped to the ground with his hands on his head. Anthony took off out the door and started calling in on his radio. Eli exchange glances around to the few other inmates that were still inside the chow hall. They heard a lot of loud inmates. Shots were being fired. Eli noticed the shoes of other inmates running past him out by the door. He glanced up to see a CO come crashing onto the floor from above.

Eli ran out the door, and checked on the C.O. Dead.

The door out of general housing was being held open by three inmates while others were running out. 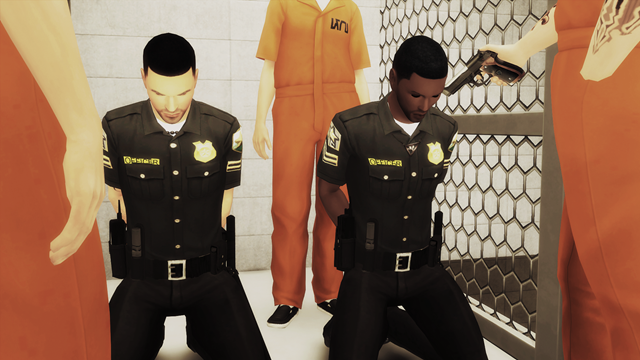 A few men above were yelling, and Eli noticed another two guards on their knees while an inmate aimed a gun at one of them.  Oh fuck. This was a riot. Eli ran toward the doors and ran out. The yard was filled with guards being tied up, and prisoners fighting and chanting at others to kill the COs. It was definitely a riot.

Eli stood there, staring, watching the train wreck. If he joined in, he was sure that his parole he was just granted a month ago would slip from his fingers. Shit. Shit. Shit. He had already been denied twice already, and was lucky to get paroled this time around. Very lucky. 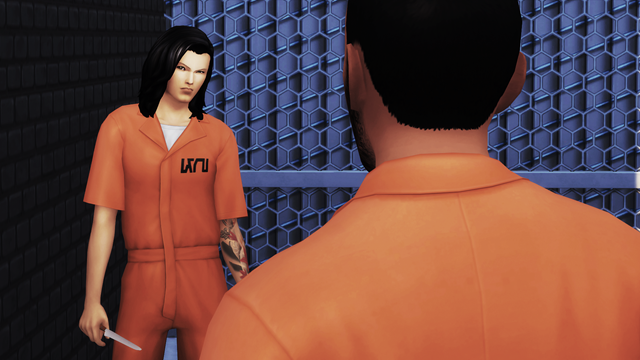 Eli turned and went back to the door. Eun stood there, his hand brandishing a knife. A real fucking knife, and not just some homemade shank. His grin was disgusting and queasy to look at. The drugs sure did a number on this guy.

“Fuck off, Eun. I don’t have time for this. There’s a fucking riot going on.”

“Well, obviously not you,” Eli said with a roll of his eyes. “You don’t have the brains for it. Or the brawn.”

Eun’s eyes narrowed. “Oh, ha-ha.” He pointed the knife at Eli. “You don’t know how much work this riot took, or the shit I had to do to get it started. So, shut your fucking trap. This isn’t just a fucking riot. This is an escape. Not for you though.”

“I just want to get back to my cell. Fuck your escape.”

“Oh, you’re not going anywhere. I have orders.” Eli stared into Eun’s eyes. “You’re going have your work cut out for you, asshole. You want my blood, come and get it, cocksucker.”

Eun lunged, and Eli dodged him. They circled each other, and Eli concentrated on the knife in Eun’s hand. Eli was unarmed, but he was determined to get the weapon.

Eun swung his arm, and Eli kept backing away and dodging the swings. 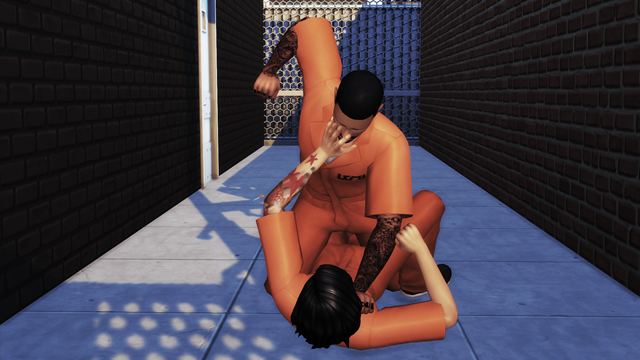 One move, and Eli had Eun’s arm. They wrestled down and the knife ended up skidding across the concrete. Eun took the first punch, and Eli gave it his all. They wrestled around the ground. At one point, Eli was on top, punching and trying to choke the son-of-a-bitch. Though, Eun fought just as hard, and eventually they were both going after the knife. Both their hands landed on the knife. They fought over it. Eun had a better hold on the knife. Eli watched in horror as the sharp blade neared his gut. The more he moved, the more he was losing control of the situation. 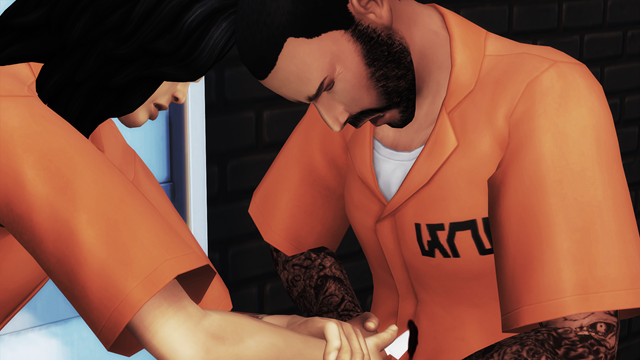 A sharp pain seared through Eli’s body. White light bounced across his eyes and a blurry vision of Eun’s smile flashed through the white. Eli howled as the pain continued. His howls continued until there was nothing. 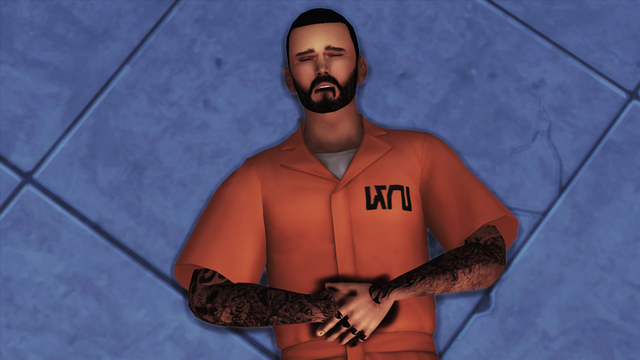 Nothing except for one last thought. Sam, I’m sorry.