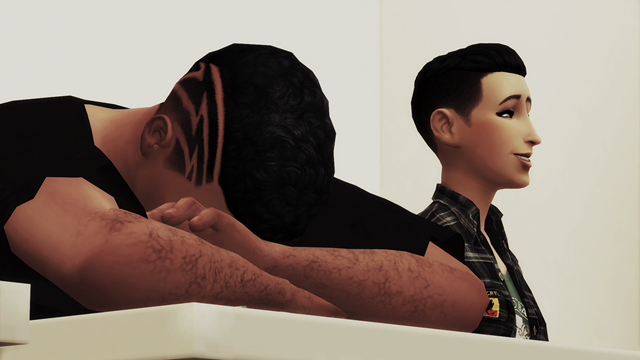 Derek wanted to sleep so badly. This was so fucking boring. He hated English. And worst, it was a Socratic Seminar—meaning the smart kids were just going to talk all freaking hour long.

“Okay, let’s stop there really quickly, Olivia. Just hold that question. We have fifteen more minutes, and there are still a few that do need to speak up to get credit today.”

Derek waited while Mrs. Westman named off four other students before she got to his name. “Derek, why don’t you start off by answering the question.” 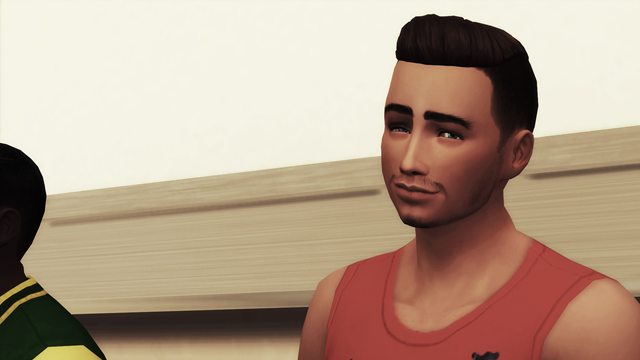 Fuck. He didn’t even know what the question was. He sat up and looked around. He glanced over to Kody who mouthed symbolism, or at least that’s what it looked like. Kody was at least paying attention. Then again, Kody was pretty damn school-smart, and had good enough grades to play on the varsity basketball team. Symbolism? How the fuck was he supposed to come up with an answer? Just bullshit through it, Ric. He scratched the scruff on his chin. “Um, I guess the fish would be, um, symbolic. Right?”

When he got a nod from Mrs. Westman, Derek sat up. He could totally do this. “Like, for starters, there was only one freaking fish that the dude caught. So, he had once chance. So, like, the fish could have totally been symbolic of, maybe…like YOLO. Which is funny, considering it’s going to be chopped up to be used in bringing back a dead ghost.” 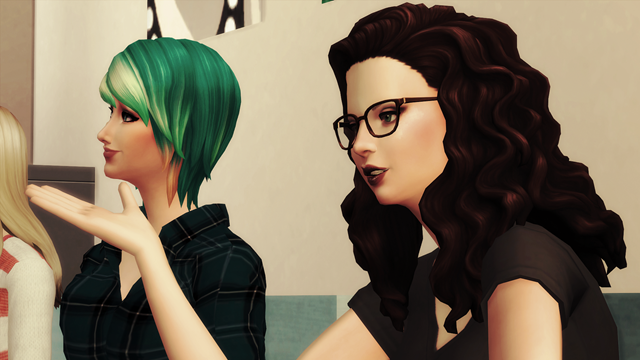 Olivia rolled her eyes. “You have got to be kidding me? YOLO. YOLO. That’s your answer into delving into deep symbolic meaning?”

“Yup,” he grinned over to Olivia. Fucking bitch.

“No wonder you’re failing all your classes. You can’t even discuss a book with a credible answer.” 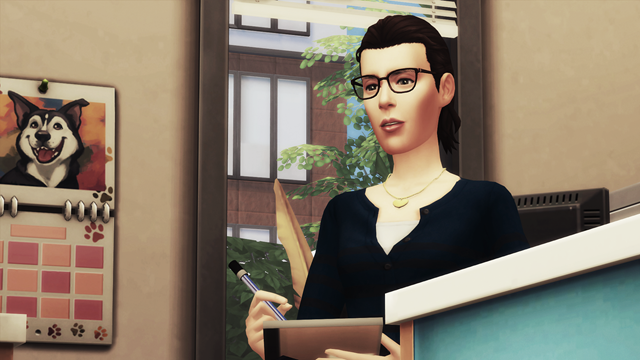 “Mr. Ryder,” Mrs. Westman chastise. “There’s no room for swearing in my classroom.”

“Sorry,” he mumbled. Fucking Olivia Godfrey. He fucking hated her. They were sophomores now, and their animosity for each other had only grown over the summer.

“And may I remind you, Olivia, that this discussion is to stay on topic, and to not bully or put down any other students.” 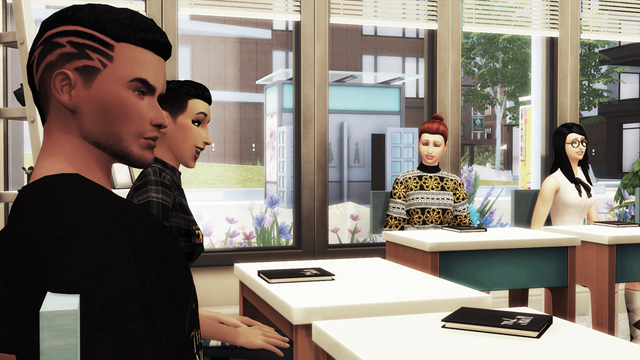 Derek leaned back in the chair and waited for class to be over. There was no freaking way he was going to speak up again. Finally the bell rang, and he grabbed his books and headed out.

He walked into his history class and froze at the sight on the board. In big bold letters read History Test and under it was written what was needed in class and other directions—like having no cell phones out. 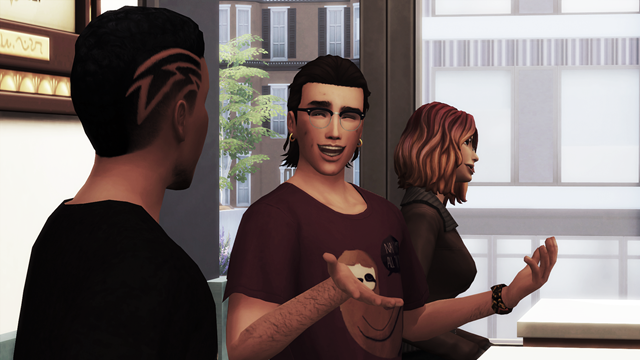 Derek sat in the back where he pulled out a sheet of paper. He fist bumped Brandt just as his friend sat next to him.

Derek lifted a brow. “Did you?”

Brandt snorted. “I was too busy playing Disturbia last night.”

Derek’s eyes widen. “You fucking got it? Holy shit, dude. How’d you score that?”

Brandt shrugged. “Used the last of my birthday money. You totally need to get it, man. It’s fucking insane.” 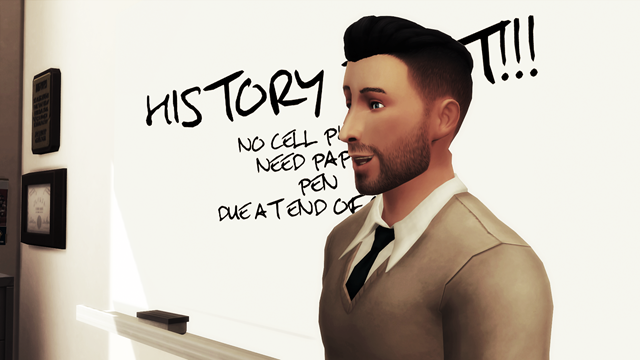 Derek was about to ask about it when Mr. Turner spoke up while he passed out a stack of papers that were more than likely the test. “Okay, that was the bell. As you all are aware there’s a test today. You will have the entire period to work on it. If you finish early, you may work on your History Quest Logs or read. Cell phones will not be allowed in class today.” 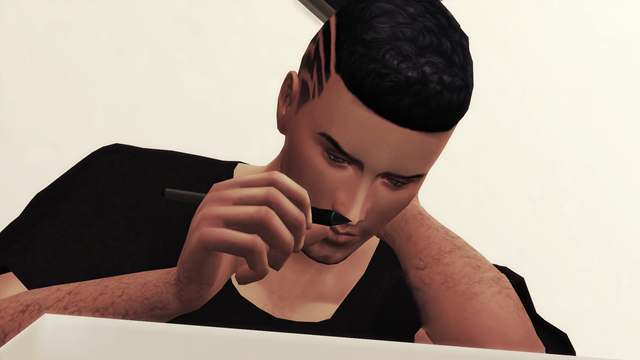 Derek grabbed his test, and looked at it. He was totally fucked. All were short-answer or essay questions. He shouldn’t have been surprised. This was the second test of the school year in this class, and Mr. Turner did tell everyone that all their tests were going to be written tests, and no multiple choice.

Derek hated that. He was barely passing this class as it was, and he knew this test would drop his grade drastically. He was fucked.

He used every minute of class to work on the test, and barely finished the last question before the bell rang. He breathed a sigh of relief when he turned it in. He wasn’t hoping for a passing grade. 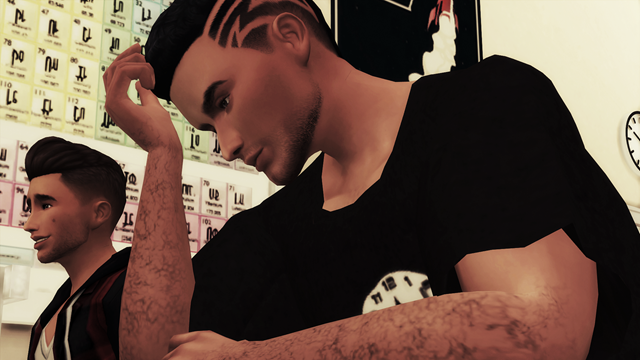 Science class was no better. Actually, it was worse. Derek had been called on to answer a question, and he didn’t have the faintest idea what the answer was. It would have been okay, but Olivia had to just be her show off by knowing the answer—because she knew all the answers. Then after class she laughed at him when she walked by heading toward lunch.

“You’re such a failure, Derek. Do yourself a favor, and open a book once in a while. Oh…wait, you can’t even read.”

The cackling by her and Lucas’ gang were harsh. Kody held Derek back from doing something stupid until Olivia and her minions walked away. “Don’t listen to her, man. She isn’t worth it.”

Derek turned and pulled himself out of Kody’s arms. “Fucking bitch. What did we ever seen in that cunt?”

Kody shrugged. “No idea. At least she didn’t make the cheer squad. Could you imagine me having to hear her voice every freaking game? It’d drive me insane. No, like I’d probably toss a ball at her face to shut her up.”

Derek laughed. “I’d pay to see you toss a ball in her face. Cheer or no cheer, bro, she totally deserves it.” 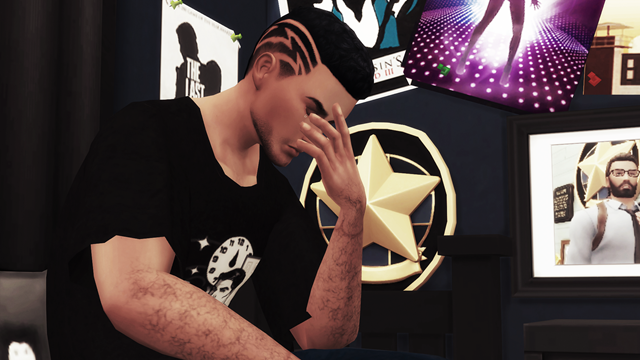 By the time Derek headed home he didn’t think his day could get any worse. He had been publicly humiliated at school. He was sure that he was now failing two of his six classes, despite how much harder he was trying this year. Life sucked.

He slammed the front door, and stormed into his room where he tossed his backpack and dropped to his bed. He could feel the tears that threatened to come, but he was adamant about not crying. He hated when he cried.

“Get it together, Derek,” he told himself.

There was a knock at his door.  What the fuck? Was he not alone? His sisters wouldn’t get here for another hour, and his parents didn’t get off work till the evening. Who was in the apartment? 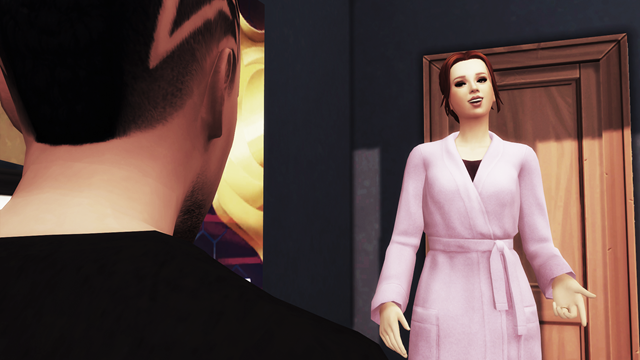 Mom entered the room after the knock. What was she doing home? “Everything okay, hun?”

He shrugged. “What are you doing home?”

“I got the same thing Dad got last week, and decided to take the day off and rest.” She gave him a small smile. “You sure you don’t want to talk to me about what’s bugging you? You’ve been pretty distant the last few weeks.”

“It’s nothing I can’t handle.” He wiped the stray tear away. Damn tears.

“Oh sweetie.” She sat next to him and rubbed his back. “Is it school?” 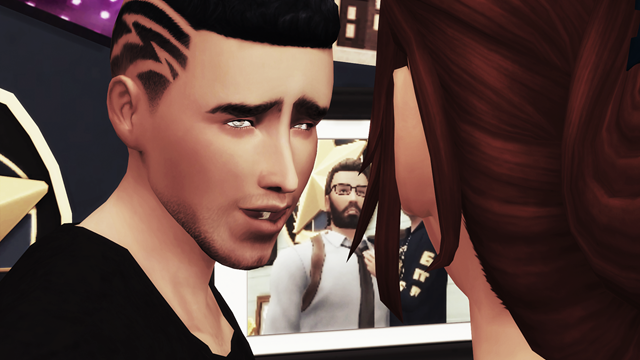 “I don’t want to talk about it. This is my problem, and I’ll figure it out.” He rubbed his eyes again with his shirt. He was not going to allow another tear fall because of Olivia. Not ever again.

“Ric, you know you can talk to me, right? And Dad. We do want to help. And if you’re struggling in school, you can ask for help.”

“Mom, I’ve been struggling in school my entire life. Nothing is going to change about that.” 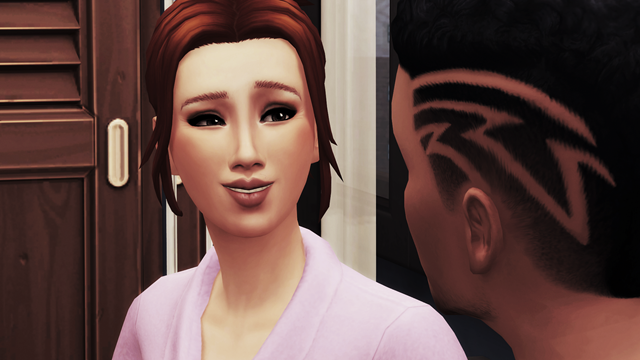 “What if we change the way we go about you and school?”

“Well, what if you found something to focus on while at school? Like a club or a program?”

“You have to have a 2.0 GPA to do anything like that, Mom. I don’t have that. I’ll probably never have that.”

She shook her head. “That’s not true. You need to apply yourself more, and I think if you had something a bit more to focus on to get those grades up, you’d do better.”

“I don’t know. Do some research. Figure it out. Find something that will help keep your focus in class. Try and see how what you’re learning in the classroom could be applied as a police officer. I bet Grandpa could give you some resources on stuff, and if you did your own research it might also help. Think outside the box, Derek.” 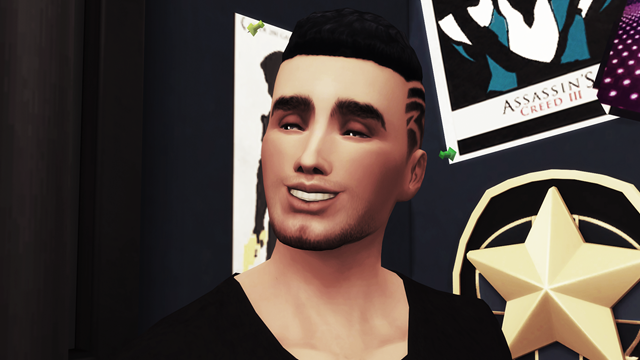 He did like that idea. Really, at this point, he’d try anything to not have a repeat of today for the rest of his entire school career. Derek wasn’t sure he could make everything apply to his future goals, but he was willing to try and see how much he could find, and what he could do to help him.

Mom beamed up at him. “Now, that’s the spirit. And remember, Dad and I are here to help you.”